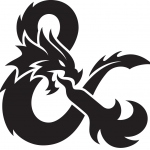 Back in November 2016, I announced that I worked on In Volo’s Wake to celebrate the release of Volo’s Guide to Monsters. The adventure was first released at GameHoleCon for D&D’s Adventurer’s League, and was then available to play as as a store exclusive.

I’m happy to report that In Volo’s Wake is now available for all fans of D&D! This set of adventures was designed for beginner players; there are tons of notes for DMs to draw from to modify encounters and have a little (hopefully a lot!) of fun.

The town of Phandalin, nestled in the foothills to the east of the Sword Mountains, continues to grow since being rebuilt after the devastation wrought by rampaging orc hordes. It recently survived violent gang activity, drow machinations, and even the attention of a green dragon.

But can it withstand a new threat, bizarre but no less perilous: the fame brought by a visit from none other than loremaster Volothamp Geddarm?

If you’re interested, you can hop on over to DMsGuild.com to purchase a digital copy of the adventure or through the Flamesrising.com Shop. I’m sure your fellow adventurers would love to hear your thoughts on this adventure, too, if you get the chance to play it. Enjoy!

Mark Your Calendar for GameHoleCon 2017

I am pleased to announce that I will be a guest for this year’s Gamehole Con, which takes place November 2nd through November 5th at the Alliant Energy Center in Madison, Wisconsin.

“Gamehole Con is the largest tabletop gaming convention in the upper Midwest. Tabletop gamers from around the country gather each November in Madison, WI for this carnival of gaming. The convention features role-playing games, board games, fantasy and historical miniature gaming, and collectible card games. If you are a tabletop gaming fan, do not miss Gamehole Con!”

I’ll have more announcements about the show in the coming months. I hope you consider joining us at the show!

Guest Posts and Class Date Changes for Writing the Other

After talking to Tempest, we realized that we needed to shift the class dates to accommodate our schedules and give me an opportunity to write some guest posts. The class, which is now scheduled for April, also offers a payment plan as well.

I did manage to write one guest post so far, I’m happy to announce that you can read more about my design philosophy over at the illustrious Jim Hines’ blog today.

If you’re interested in registering for the class, hop on over to www.writingtheother.com where you’ll find the Writing Inclusive Games: Creating RPGs Sans Fail class description and more information. Mark your calendar!

From Watercolor to Illustrated Poem [Photos]

Last week I posted that I had painted a watercolor and planned to use it as the background for a poem I wrote about hope. Today, I’ve got more pictures to share with you and some tips on how I took this across the finished line. If you click on the photos, you’ll get the full-sized image this time around. Huzzah! 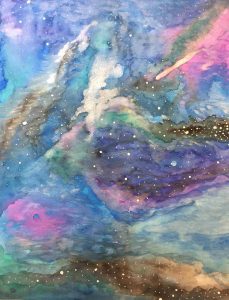 Okay, so now that I have my background it was time to plot the lettering. I really like the chalkboard-style fonts, and opted to use a similar technique. First thing I did was plot the grid, then use freehand to draw each line separately. I had Pinterest open on my phone, and used some fonts for reference. 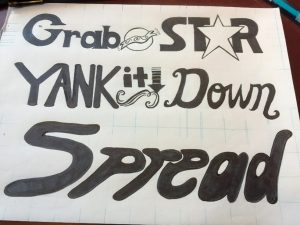 You can see that I made some minor adjustments after the fact–I’ll get to that in a little bit. I illustrated these at the coffee shop. Here’s the rest of the originals, which I illustrated at home. 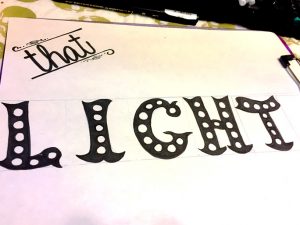 And lastly, the banner here: 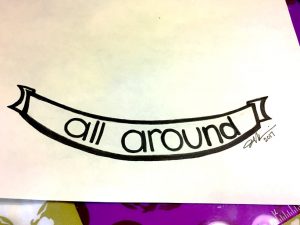 Next, I scanned in each line separately, erased the backgrounds, and did some minor clean-up before turning them into *.pngs. After that, I placed them in layers on my watercolor background. The lines were scanned larger than the canvas, which allowed me to have more flexibility with placement.

Annnnnnnd… Viola! Here is the finished version of my illustrated poem. Sadly, I usually don’t title my poems, but I named the picture “One Starry Night.” So, um… One starry night it is! 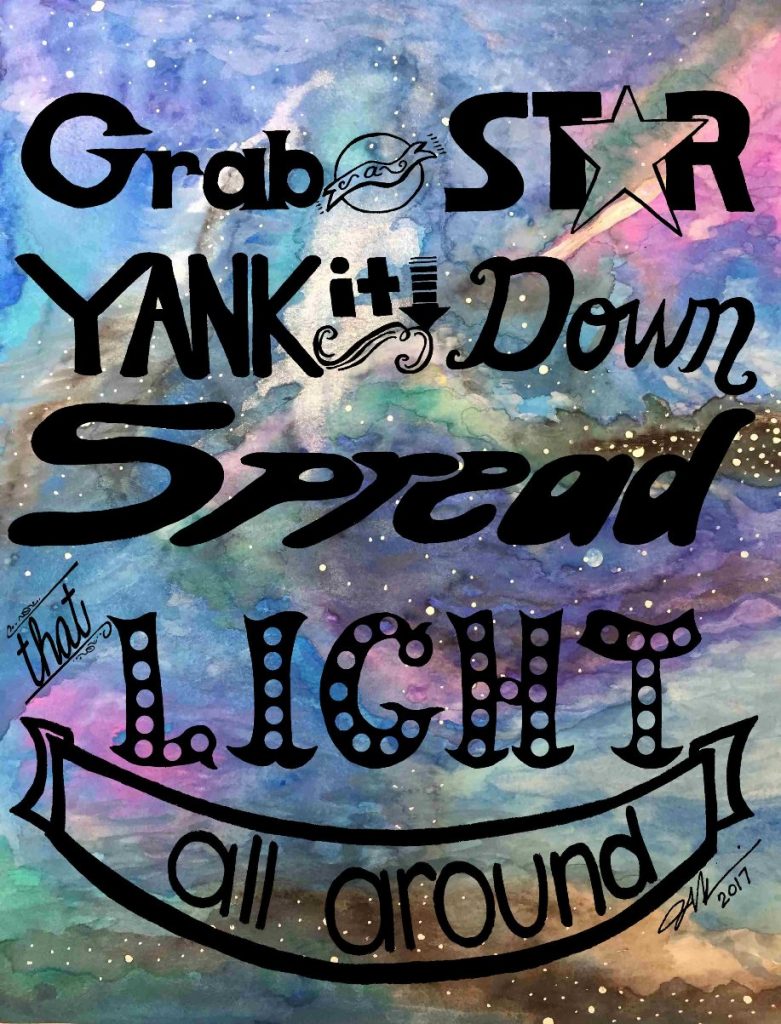 Oh My Watercolor! Photos and a NASA-inspired Creative Prompt

Hello, hello, hello! I hope you’re doing well. Today, I’m happy to share with you part one of a two part project I’m working on. As you may recall, January’s theme for my year-long creative challenge was “Play!” Last night, I tried a new technique I’ve never attempted before–watercolor! A few weeks ago, I wrote a poem about hope and decided to illustrate it. Thanks to my friend and comics professor Ursula Murray Husted, she suggested I do the lettering separately because I’m using cold press paper.

Before I get to my photos, I have a new Creative Prompt for you. It’s all about spppppaaaaaaccccccceeeeeeeee!

Today’s prompt is for all you writers out there. Did you know that NASA publishes a photo of the day? Photos are a fantastic way to get your creative juices flowing, because they act as an anchor to generate ideas. Sometimes, they post pictures of moons, astronauts, nebulas–oh my!

Using NASA’s Photo of the Day as inspiration, write about that photo. You could:

Or, if you’re all out of ideas? You could write a fan letter to NASA, instead. I’m sure they’d love to hear how wonderful their scientific exploration and efforts are, and how their photos inspire you!

From Watercolors to Nebulas

Since I wanted to try something new, I thought I’d post some pics to show you how I took my background over the finish line. New is scary–even for me! The first picture is of a background that I knew I was going to add stars to. I chose colors I might see in a nebula, to give the background a little dimension. The color does vary a little bit–I also learned that lighting makes all the difference in the world. Definitely need to keep that in mind for the future! 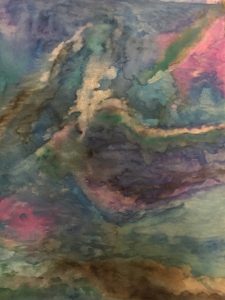 Step two was to add the stars. I thought about where the stars might be visible, since some gaseous clouds would be thicker in spots than others. To add a little dimension, my first instinct was to add two shooting stars (e.g. comets). 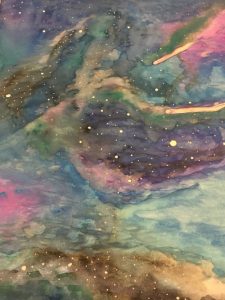 Ehhhh… I wasn’t happy with that second comet, because the perspective felt off to me. I didn’t want to paint over the whole piece, but I didn’t think it worked, either. So, I decided to paint over it and add more black for more contrast. This is what it looks like before I added more stars. 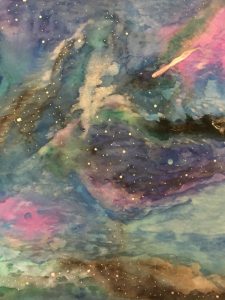 Annnnnnnd, voila! The final version! Believe it or not, this is a picture I took from my iPhone in much better lighting. I’m pumped, because I don’t have to scan it and the photo really brought out the layers of paint I was working with. For part two of this project, I’m going to hand-letter my poem. You’ll see that in a future post!