My Free Halloween Story at FlamesRising.com

Just wanted to pop in and mention I have a free flash fiction piece up at FlamesRising.com today for Halloween. Entitled A Different Kind of Treat it’s a Halloween take on an old fairy tale.

Here’s a preview of the story:

Blood-red shafts of sunlight filter through a dirty cabin window, kissing a row of colorful glass bottles. One by one the bottles shine with anticipation as they reveal their grisly contents. Three eyes spin in a green flask; a pair of wings beats urgently in another.

“What’s that, Momma?” A child’s finger points to a jar of wrinkled entrails sitting high on a kitchen shelf. The boy, who stands about three feet tall, is covered in dust and flour. His skin is marred with muddy blisters.

“Oh nothing special, Alwin,” Belinda replies airily as she pulls a frilly apron over her head. “Just something I cook with now and again. You hungry?”

She flashes him a crooked grin and picks a small book off the burnished wood counter. Has it really been a year since she last used her recipe book? Lately, it seems like all of her time has been devoted to nursing Alwin. No matter what she gives him — cinnamon, tincture of licorice or willow bark roots — nothing seems to help him get any better.

To finish reading the story, go to my free Halloween flash fiction at FlamesRising.com.

This past week I had an in-depth discussion with my friend and author Maurice Broaddus. Maurice is an interesting writer because he’s up front about his faith and infuses it into his writing. I, on the other hand, am pretty private when it comes to my beliefs; they aren’t part of my writer’s platform. Even though we have different beliefs, both of us write genre fiction and enjoy writing horror.

After we finished our discussion, we both felt that you might be interested in following our exchange and commenting on it. I thought we brought up some good points about our “selves” as authors and what we intend to put into our work.

Our conversation started with my asking him a question about Halloween. While I love the holiday, I’ve run into several people who don’t for religious reasons.

MONICA: As an author who intentionally infuses Christianity into your writing, how do you feel about the recent criticisms that Halloween is a threat to Christianity?

MAURICE: Well, I don’t know if I see myself as intentionally infusing Christianity into my work as much as that’s simply my worldview and it naturally comes out in my work (at least, that’s what I hope is happening).

Halloween is always one of those weird times of year for me. I’m not that into Halloween (which sounds counterintuitive coming from a horror writer). It’s just not my thing. On the flip side, it’s my wife’s FAVORITE (except for Christmas) time of year. The house gets decorated; the planning of costumes is like laying out a battlefield campaign. She’s all in.

But we also have to navigate a certain church culture that instinctively reacts against Halloween. This culture reacts to Halloween the same way it does horror: after a cursory glance, it’s dubbed an embrace of evil and the satanic. The rise in Halloween’s popularity is seen as a threat, but yet they still want to have it both ways. So we get things like “trunk or treat” or “hallelujah night” where we can participate in all of the trappings of Halloween, but not truly partake of Halloween. Because that’s not what everyone else is doing – just using the occasion to have dress up parties and beg for candy.

MONICA: I tend to look at the world through the eyes of an amateur cultural anthropologist. (I wanted to “be” Indiana Jones when I grew up.) Having said that, I have an insatiable curiosity. I’ve read a lot of books on a lot of different topics – including the arcane. So, I’m of two minds on the subject. The logic part of my brain says that there’s a rational explanation for everything. There’s a lot of psychology and sociology that can be found in the supernatural. The other side of my brain says that I shouldn’t be so sure of myself all the time. I’m only human. How could I possibly have all the answers? Sometimes, extraordinary things can happen and there’s simply no “natural” explanation for them.

So I guess the straight answer is: it depends upon the day and whether or not I’m writing. To get that creative boost, I let my imagination run away with me. Sometimes, when things are clicking, it almost feels like I’m experiencing supernatural so I visualize or get inspired by different muses. Other times, when I can’t hear the voices and the world seems flat and gray, then there’s nothing there except billions of atoms smashing into each other. That’s a place I don’t like to visit very often.

Has anyone ever accused you of being non-Christian because you write horror? How do you respond to something like that?

Maurice will be picking up the conversation on his website, too. I’ll share that thread with you in a follow-up post. Feel free to chime in!

Free Horror Movies and My Articles at Crackle.com 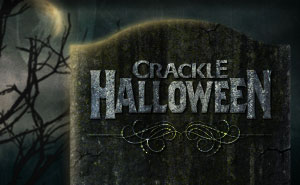 This month, I had the pleasure of writing for free movie website Crackle.com. Not only did I get to pick whatever horror movies I wanted to write about, I got the chance to watch them for free on their new site.

Movies are available for free either online or through your PS3. If you don’t like these films, be sure to check out Crackle.com’s Halloween movie collection for some other scary movie options.

Here’s a preview of my series entitled, “A Fan’s Guide to Scary Movies.”

From kids committing suicide to nasty political ads and general snarkiness, the internet can be pretty negative some days. That’s why, I’m calling for a moratorium on nastiness for one day. I don’t care if you’re always nice to people online or not. This idea isn’t just about “you.” After all, every writer knows that all words have power. Even if they’re not your words. If they are? Then knock it off. For one day.

The idea is simple: Fight back with smiley faces. That’s right. Smiley faces. For every crappy comment, flippant retort and mean accusation, besiege others with a grin. If you’re following along on Twitter, the hashtag will be #haveaniceinternet.

Let’s turn the internet YELLOW. The smiley face in this post is from this link on Stock.xchng and is okay for public use. The One Thing That Cripples Writers Is…

Over the years, I’ve talked to many people to hear their stories and find out what makes them tick. The people closest to me know that, in many ways, I’m the type of writer that studies human nature. The one thing that most writers have in common is this: fear.

There are hundreds of ways that fear manifests in a writer’s life. Hundreds. Some of us might stop writing altogether. Others might hang out at conventions with authors or get caught up in reviewing books. Being around other writers doesn’t help you write.

Well, that’s different for everyone. Me? I have quite a few things that I do to keep me motivated and help me focus on my writing. I use a timer. I set goals. I visualize. I do something bold. I paint. I write poetry. I review old stories and commit them to my morgue.

The one thing, though, that I never want to do — ever again — is stop writing. I did, because I threw everything into a full-time career and it didn’t pan out. Yes, writing fiction that may or may not pay is something that all writers have to balance with their paying gigs, but really? Really? I know several successful authors that deal with a lot more than I do. Five kids. Cancer. Bankruptcy. Unemployment. Rabid fans. And that’s just to name a few.

In the end, while our fear may manifest in different ways, the only way to move past it is to get your butt back in that chair and keep writing.

So stop being a chicken. Seriously. Be bold. Be Brave. Just write. Write, submit, edit and then do it all over again. What? You want to be a writer, don’t you?