Yesterday, my SO and I went over to Pegasus Games here in town and played a few card and board games in celebrating of Tabletop Day. We dove into Tsuro, Ascension, Cthulhu Fluxx, and Gloom before going home. For an online game, I’ve been having fun with Folds from Armor Games, which has an origami-theme.

I had fun, but I’m in “work mode,” which means that I’m fully immersed in productivity right now. Firefly is ramping up. I just finished scouring through page proofs and I have four other projects I’m wrapping up.

This is a good thing for me, because it means I have a fun job to do — and it’s time to make the most out of it. Very happy that portion of my business is healthy. Yay!

It’s a link salad today! Huzzah! No vegetables, sadly. But first? I haven’t talked about productivity or tips in that direction for a while, so I’ll share with you an insight into my process. Basically, I require math to figure out what I can/can’t do and weigh that against what else I have on my plate. I do the math for money and for word count. To get paid, work has to get done. To get the work done, you’ve got to put words down. To get the words down, you have to figure out how much time you have to write. # of Words Per Day x Rate Per Word (Actual or Ideal) = Writer’s Earnings Per Diem. That helps me figure out my daily goals.

Now, onto the salad o’ links!

That’s all for link salad this time. Hopefully not too heavy, not too light. I detect a hint of lemon and poppyseed. 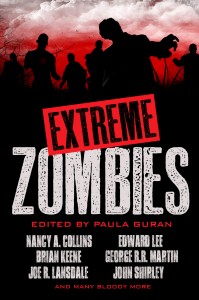 When I’m online or have chat open, I’m working. I can’t play games or socialize too much; if you see me on Twitter or Facebook it’s usually when I’m taking a quick break or have it on my phone. I wish I didn’t have to be on either network, but this is how I get my news and stay on top of what people are doing. Sometimes, though, I wish I could filter out the news, rants, and ridiculous negativity. It’s hard some days, because I’m a writer, and words resonate with me musically and literally. I suspect there’ll be a purge coming at some point, but regardless I have to use these networks wisely so I can keep creating. I guess that’s why I love my Tumblr account so much! It’s pure, unadulterated joy. Love, love, love logging in and seeing new art filter through every day. Yay!

Does this mean I work too hard? I do put in more than fifty hours a week when you factor in reading and research, but I also have a life and I would not be doing this much if I did not enjoy it immensely. I don’t mean to say that in a snarky way; I’m very intense (as others often point out) but that’s only because I try to make the best out of every possible moment. I don’t always succeed or I go into a mood, but the point is that I’m living. Doing. Writing. And very, very happy I can do this. It may not always be realistic, so I have to take advantage of the time I have now. Many pro writers aren’t making what you might on a salaried position. (GalleyCat has a great collection of three testimonials if you want to see some reports.)

Even when I’m not on a gig, though, I’m always working on something. I have to have a pen and paper and art materials close by or I’ll go crazy. I can tell when I haven’t been doing much of one thing or the other, because that’s when my mood really suffers. I guess you can call me the pragmatic writer? Holistic? Not sure… 🙂 Either way, if you’re going to chase the rainbow, put your tennis shoes on first.

Without further adieu, here’s the updates! I announced that I’m the Brand Manager and one of the writers for the Firefly RPG line, which will be published via Margaret Weis Productions. I’m knee deep in outlines and scripts at the moment. More than that, I dare not say…

I’m wrapping up my work for the Mage 20th Anniversary Edition contribution and also working on a Vampire: the Masquerade supplement. Plus, there’s a few other things in the works that I’m not ready to announce just yet. My goal is to wind down work on other games so I can focus on the Firefly corebook and GenCon for this portion of my business over the summer. I’m excited to say that my first comic will be published via Red Stylo Media! *throws confetti* “Last Zombie Standing” will be available in an anthology called Unfashioned Creatures, A Frankenstein Anthology late this Summer. If you want to check out some of this publisher’s comics, they do have some available at DriveThruComics.com.

I have also honed my new, original fiction projects down to two: a science fiction novella titled The Red Door and a massive project for the Violet War, which is the setting for The Queen of Crows. Remember, you can now get multiple versions of the original, full color edition from DriveThruFiction.com.

John “The Muskrat” Kovalic went to the GAMA Trade Show this year and some new business initiatives that we’d been working on will spring from that. Ninth Level Games launched a Kobolds Ate My Baby Kickstarter that I’ve been behind-the-scenes on; that’ll end on April 3rd. The 50K mark combines Munchkin with Kobolds Ate My Baby!

Onyx Path is moving along; there’s a lot of questions right now, and Rich is taking the time to really think about what the company is doing and what he wants.

We’re focused on GenCon and a few, other foolish surprises…