Check Out My Podcast Interview with Secret Identity!

Are you excited to see how the Dark Eras 2 Kickstarter shapes up? Have you been following my Make Art Not War 2017 Challenge? Join Brian LeTendre from the Secret Identity podcast and yours truly as we talk about projects, process, and everything in between.

Be sure to check it out! And, visit secretidentitypodcast.com for more podcasting fun!

[New Release] Dagger of Spiragos for 5E and Pathfinder 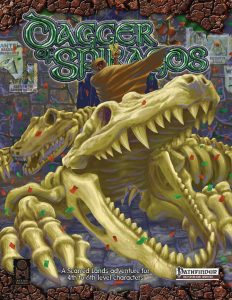 Dagger of Spiragos is now available! Artifacts from the fallen titan Spiragos have been recovered, and forces are at work that would see them used for ill. The Dagger of Spiragos and the Ring of Spiragos are now in the player characters’ hands — and they must do what they can to rid Scarn of the foul relics of the titans, whatever the cost!

Dagger of Spiragos is a sequel to the free 2014 Gen Con Scarred Lands Special Preview adventure, the Gauntlet of Spiragos (5E) and (Pathfinder) editions. In Gauntlet of Spiragos, the PCs traveled to the legendary Chasm of Flies, where they discovered a tribe of spider-eye goblins who possessed relics of their fallen master, Spiragos. Now, with those items in hand, the PCs travel to the city of Fangsfall, where they must seek aid in destroying the foul objects.

But others wish to possess these items, too… 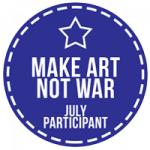 This month’s theme is MOVEMENT, and I want to talk about what that means for you. I can’t tell you how many times I’ve seen and heard artists perceive themselves to be failures when the words aren’t flowing or when projects stall. Success and failure isn’t that black and white, but more than that I think we often forget that we can’t do this job alone. Often, we may make a thing but we wind up working with a proofreader, editor, agent, etc. to ensure that piece of art is not only amazing it is published and distributed, too. Then, there’s the other side of the equation, the finding fans, readers, etc. who’ll pay you for your work. Sometimes, to get your projects moving you need to rely on other people to help. Doing so isn’t a sign of failure, it’s a means of making sure your art is getting traction. Why is it perceived as failure? Because there’s a myth that the runaway success stories “did it all themselves”. That’s marketing, talking. That’s often not the reality.

I know this might come as a shock, but part of your artistic process will involve dealing with other people if you plan on doing this job professionally. (This is also true if you are making art or interacting as part of any community, whether that’s within a fandom or not. And yes, I include cosplay as part of this.) The act of making art can be solitary at times, but it doesn’t have to be. I personally feel it’s better for your overall process if it’s not, because sometimes other people give you invaluable perspectives that help you and your work. Editors, agents, publishers, beta readers…they are not the enemy. They exist to help you tell the best story in the hopes of reaching more readers and, just as you are, they’re doing the best they can too. Unfortunately, other people are sometimes seen as a threat to our artistic process; when those relationships don’t work, we hear the horror stories and think it’ll never work. This is an unrealistic view, for sure.

I’m going to tell you another truth: you won’t get along with everyone you meet. It sucks. It’s hard as hell. Sometimes (especially if you’re me and have a larger-than-life personality), you will rub someone the wrong way. Maybe a project will have impossible deadlines, a former peer will get a “big head”, a former peer will think you’re “nobody” and abandon you, a casual acquaintance will expect/demand you teach them your ways or give them all your contacts, etc. There are a thousand ways a relationship can go wrong, and just as many ways it can go better than expected, too.

So how do you find the right people? How do you know when someone is paying lip service? How can you tell who you’ll connect with and who you won’t? Here’s a secret: how you deal with people when you’re an artist isn’t any different than how you approach them in other aspects of your life. You may have a professional “face”, but how you put yourself out there in the world isn’t as important as what you think of others. If you treat other artists as business cards to collect, as trophies to put on pedestals, or as any other type of object? I would not be surprised if your relationships fail. Artists may make the thing you love, but they’re still people with their own friends and families, needs and desires, joys and fears–just like you. That’s why competition in this business doesn’t work and can be incredibly harmful. It’s not a zero sum game. Or, as my friend Lucien Soulban put it: “Someone else’s success is not a sign of your failure.”

I want to come back to conflict resolution in a later post, because it’s a crucial aspect of the collaborative process that speaks to power dynamics and interpersonal relationships. Need more room to dive into that, though! So stay tuned.

I’ve had a massive story in my head, languishing in the background, that I couldn’t bring myself to finish for ten years. Reading history inspired me and learning about genocide horrified me in more ways I could imagine. My fear became tangible, as I realized the story needed to be the one I wanted and could tell, that not every tale is mine. I am the vehicle for the stories that filter through this mind and heart, and my identity and experiences shape them in unique ways.

I have made my peace with all the things I can’t control, and built several insurance policies in place should I fail. If this story doesn’t work out, then I’ll have another one. Dozens of them. Releasing properties and games and commentary and programs, until something does resonate.

I am uncomfortable because I don’t want to write this story. Not because I don’t care, but because I worry about it that much. I’m terrified I’ll get the details wrong or that I’m sending the wrong message in the story that leads up to the main, epic plotline. Vanity project? Waste of time? No, I’m not worried about that. Everything I do, even the publications that have come out are associated with my name, my brand. It’s the getting it wrong bit that makes me very uncomfortable, it’s telling the hardest parts that are more painful than I expected, and I’m doing it — I’m writing these stories — anyway.

You’ll find out more in October. 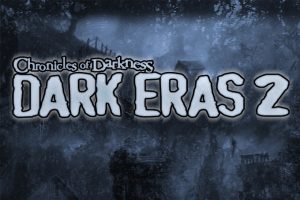 Each terrifying time period and location is examined through the supernatural creatures that dwell there. This supplement follows on the heels of Dark Eras and the Dark Eras Companion. I’ll share more about my role on this project in the weeks to come. For updates and progress, check out the Dark Eras II Kickstarter now!