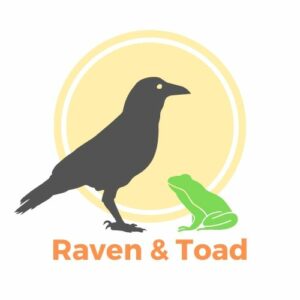 Today, I am pleased to mention that I have opened up an Etsy store called Raven and Toad Studio. My plans for this store, including commissions, have been delayed due to COVID-19, so to start I am focusing on digital downloads for beadweaving patterns where I don’t have to ship you anything directly. I will have more uploaded soon! Most of my patterns will require knowledge of the basic stitch, but I’ll keep you posted as the store develops.

This is an example of a pattern you can purchase for a peyote-stitched beaded ring: 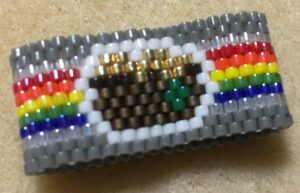 To start, I have some fun patterns. My philosophy is that you should be able to find adjustments regardless of your measurements. I do scale bigger for my patterns and include instructions to size up and down. There’s a few more elaborate designs I’m working on, too, that I think you’ll really enjoy. Exciting!

A short progress report this week!

I recently watched The Alienist and that series touches upon some of the issues I mentioned previously with respect to the historical treatment of Italian-Americans. (We’re now watching Doom Patrol. It’s VERY different!) Also: I miss sitting at a coffee shop to write. I stumbled across Coffitivity.com which gives me the benefit of “sounding” like I’m sitting there. Huzzah! I’m also slowly taking Italian again, and that’s been super fun.

Yep, it’s Thursday and I’m still noodling over how I want to retell “Liombruno.” It’s a traditional fairy tale that has two components to present a hero who’s worthy of being saved. My gut is telling me to “get weird” and I’m cuing off of the region’s mountains, forests, and streams. I could imagine a villager telling this story while gesturing to a grand palace atop the mountains.

I picked a new short story for week three. It’s called: “The Fine Greenbird” and it’s from Florenza, the capital of the Tuscany region in central Italy. This is a folktale with a strong theme of jealousy; it also resonates with the number three: three sisters, three offspring, three quests, and three judged. One aspect that stood out to me was the outdated belief that women have control over our bodies to determine the sex of a child. Mind you, the children are characters themselves, so I’ll have to mull over how I want to tackle this harmful and antiquated notion after retelling “Liombruno.”