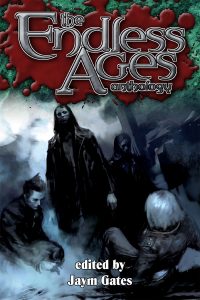 Don’t Rest Your Head… Until You Read This Announcement…

I am thrilled to announce that I am one of the authors penning a dark and terrifying tale inspired by the Don’t Rest Your Head RPG designed and written by Fred Hicks and published by Evil Hat Productions.

Horror games have always been a draw for me because they’ve allowed me to explore deep characterization to explore the nature of heroes and the affected. Don’t Rest Your Head is “a game of insomnia in the Mad City.” It’s been called an “atmospheric” game (and rightly so). Having insomnia has a cost.

In Don’t Rest Your Head, that cost is Exhaustion, Pain and the shocking realization that reality isn’t what it seems. Characters find they’re Awake in the Mad City and Nightmares are hot on their heels. The PDF version of the game is five bucks. (FIVE WHOLE DOLLARS! CHEAP!) Dice required are d6’s in red, white and black.

Interested? Well, if playing superheroes suffering from insomnia in a twisted world doesn’t grab you, then I hope this next announcement will: Chuck Wendig, Penmonkey Master Chief, is the editor for a Don’t Rest Your Head anthology inspired by this dark and haunting game. I will be lending my voice to a chorus of mad, mad authors as we explore the depths of the City. I can’t wait to dive in!

More news to come on my story, the process working with Evil Hat Productions, and writing tie-in fiction as the project continues. New Interview and Reviews for Paths of Storytelling

I’m over at FlamesRising.com today along with the developer of Paths of Storytelling, Eddy Webb, and my fellow authors Jess Hartley and Kelley Barnes. This three-question interview offers all of us the chance to talk about this project from our unique clan perspective. I hope you drop by and read Author Interview for Paths of Storytelling on FlamesRising.com, because Eddy reveals yet another easter egg. Shhh!

Here’s a quote from our group interview:

MONICA: I felt that matching the voice and the feel of the setting was crucial to the joke’s believability, which was part of the reason why I dropped in signature characters like Karsh, El Diablo Verde and a few other familiar faces. It was really fascinating for me to map out, because the goal was to introduce Vampire: the Masquerade to a fictitious reader, all the while knowing that the person most likely reading it would be someone who knew the setting. So in this path, the reader doesn’t just become a Gangrel, they get introduced to Vampire: the Masquerade. — SOURCE: Author Interview for Paths of Storytelling

After you read the interview, a reader recently shared a review of Paths of Storytelling on DriveThruRPG.com. I thought the review was interesting, because the reviewer is correct: this format isn’t something White Wolf would publish professionally to represent World of Darkness, which is why it was billed as a rejected manuscript for April Fool’s. I was happy to hear he not only enjoyed it, but also recognized the amount of work we put into this.

Over at Gameolosophy, you can also read an in-depth review written by Raymond Frazee entitled RPG Game Review: Paths of Storytelling. His thoughts are really interesting to read because he talks about the theme from the perspective of a long-time fan and player of Vampire: the Masquerade.