You’re all invited to our #EXTRALIFE benefit #DnD game!

On Saturday, November 7th I’ll be raising money for sick kids by playing Dungeons and Dragons with a stellar group of players that includes Wesley Chu, Brent Weeks, Kevin Hearne, and myself during virtual GameHole Con. Join DM Amy Vorpahl as she runs our group through an amazing three-hour adventure! You can watch our game on Twitch. Just visit: twitch.tv/GameHoleCon at 7:00 p.m. CST on Saturday, November 7th.

If you’re stressed and worried about chipping in, please know there will be a LOT of silliness in our game and opportunities to donate. Here’s my page on ExtraLife if you haven’t already checked it out, too. If you can’t—that’s okay! I hope our game brings you a little joy.

Hope to see you virtually on Saturday!

Hey readers! This is the second year I’m pledging to play games and raise funds for kids at my local children’s hospital. Last year was the first time I played D&D live! For this year’s events, I will be in full costume for the Guiding Light Streaming Game for Extra Life with Satine Phoenix and have obtained a fabulous gnome hat (and new forest friend!) for the D&D Live event with Mike Mearls. For times and dates, please visit my GameHole Con 2019 schedule.

This year, I’ll be filling the shoes of two unique D&D characters. The first character is a brand new concept the fabulous Annie Chen (http://theyarnmission.com) helped me devise. I’ll be playing a wild elven sorceress who’s under the mistaken impression she’s been blessed by the fae. Sporting a single horn, Moondust “Dustie” Sylvanwood thinks she’s a 4,000-year-old magical unicorn. Unfortunately for Dustie, her power comes from an infernal source–a mysterious demon who she has yet to encounter. Her past shrouded in mystery, Dustie is convinced her magic is destined to help her party members be the heroes they were meant to be.

The second character debuted last year. I’ll be stepping back into the role of A. Happy “Hap” Gnome with a new forest friend–a hedgehog named Maze! The hedge, Maze, and Hap are bound to embark on hilarious adventures with a new crew!

Save the Date! Reddit Fantasy AYA for Worldbuilders Charity 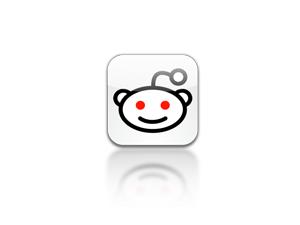 I am happy to announce that I will be participating in an “Ask You Anything” on Reddit to support awareness for Pat Rothfuss’s Worldbuilders charity fundraiser on Tuesday, November 29th.

What is the Worldbuilders mission?

From the website: “Worldbuilders is a charity founded by author Pat Rothfuss in order to use the collective power of readers, fellow authors and book lovers to make the world a better place. During the Worldbuilders fundraiser, Pat blogs about the cool book donations we receive from authors and publishers (and all the other cool swag from artists, webcomics, etc.) Everyone who donates to Heifer International through our Team Heifer page is eligible to receive one or more of those cool books and swag at the end of the fundraiser.”

Although I am only participating on Tuesday, this event will take place each day from Monday, November 28th through Friday, December 2nd and will include several other authors, artists, editors, and publishers. It will be hosted by the r/Fantasy community over at www.reddit.com/r/fantasy to support awareness of Worldbuilders. Hop on over each day and see what questions we have to ask you. Then, let’s kick some ass and raise some funds for an awesome charity!

My friend Kerrie Hughes linked to an article about LuminAID on Facebook the other day. I checked into this further, and the solar-powered light has a cool story behind it.

The LuminAID solar light was designed to fulfill the basic need for light in post-natural disaster situations shortly after the January 2010 earthquake in Haiti. When thinking about what we could design to make a difference, we decided to focus on affordable, renewable light because it had the potential to greatly improve the comfort, safety, and survival of disaster victims. — SOURCE: LuminAID.com

The light is available to buy or donate. For less than $30 you can get one and give one. I love the fact that the light weighs less than four ounces, is totally packable, and solves a basic need. Science is cool.

Phew! It’s been a busy last couple of weeks and I’ve neglected my blog. I should say “shame on me,” but if it’s any consolation, I haven’t even decorated for Halloween yet. Well, more than it already is, anyway. Oh, but this is my favorite season. Already made apple crumble, cinnamon rolls, and dirty chicken and gnocchi. I am eagerly waiting for the world to turn dark so homemade hot chocolate, chicken and dumplings, and pot pies are on the table. Finally got my pumpkins, but one of them has mold on it. Haven’t quite figured out what I want to carve, but I suppose at some point I’ll give in to the owl craze. Thar be paintings on my agenda.

In fiction-land… I’ve been taking an online short story workshop. Might have mentioned it before, but I’ll give a recap after we’re done to talk a little bit more about it. Some writers post about how they want to get “there,” to the point where they don’t have to hone or sharpen skills — I’m not one of them. I’m very self-aware about my work and how my emphasis on different forms of writing (or consumption thereof) affects my fiction. I’m with Michaelangelo on this one. It doesn’t matter where I am in my career or how many years I’ve written — “I am still learning.” The minute I think I’m “good” or get cocky about my abilities… Well, that’s when my work suffers. ‘Course, the opposite is true as well, because then I freeze up and the words just don’t flow. Yes, “word anxiety.” It’s a thing.

Here’s an exercise I wrote recently:

Deadwood was the kind of town that had everythin’. Well, almost everything. You see, it had a barber shop, saloon, pokey — and a whorehouse, too. What it needed was a doctor’s office: nothin’ fancy. Just a small house with one of dem picket fences and a purty l’il lawn. Instead, that good-for-nothin’ mayor cut a deal, the kind that folks are scared to talk about, on account of the people involved in it. Yep, that’s right. Mayor Wilkins went ahead and signed a contract with that good-for-nothin’ varmint: Jackson “Evil Eye” Miller. And what fer? To build a mall. Now, this mall weren’t just any collection of shops, it was built to attract them rich folk. Though the buildings were mighty plain, it was decked out like the President’s mansion when he welcomed that Japanese dignitary. E’erywhere you walked, fresh orchids and blood lilies spilled out of bronze urns. Fine silks were sewn into draperies and the names of all the stores were painted on the windows in gold and silver. If that weren’t enough frippery to impress the nobles, the stores themselves were top end. Why, there wasn’t a shop in that mall that didn’t have something interestin’ to offer folk, something unusual like sweaters made from alpaca wool or tea harvested from hibisucs. That mall was e’erythin’ gentile folk might dream of, which is exactly why Ma’s Diner was such an eyesore. Against such finery, who’d bother dropping by Ma’s dingy log cabin just to order a stack of greasy flapjacks?

I did… And my stomach’s still mighty queasy, too. What was in those pancakes? And what’s “Ma” stand for, anyway? By the way my guts feel, I’m startin’ to worry she’s actually Miller’s mom, bakin’ dead bodies in her l’il diner. Boy, I hope not. Deadwood may be a lot of things, but I shore hope folks ain’t takin’ its name too literally.

Gee, can you tell I’ve been knee-deep in Firefly or what?

In other news, want a great deal on ebooks and feed the hungry at the same time? I’m guessing you do! DriveThruFiction.com is sponsoring a Read and Feed eBook bundle. It retails for $150 but you can pick up over 30 eBooks for twenty bucks. The proceeds will be donated to Feeding America. Both REDWING’S GAMBIT and Eddy Webb’s collection SLICES OF FATE are included in this collection, but there are several others, too! If you want more information, FlamesRising.com has more details.