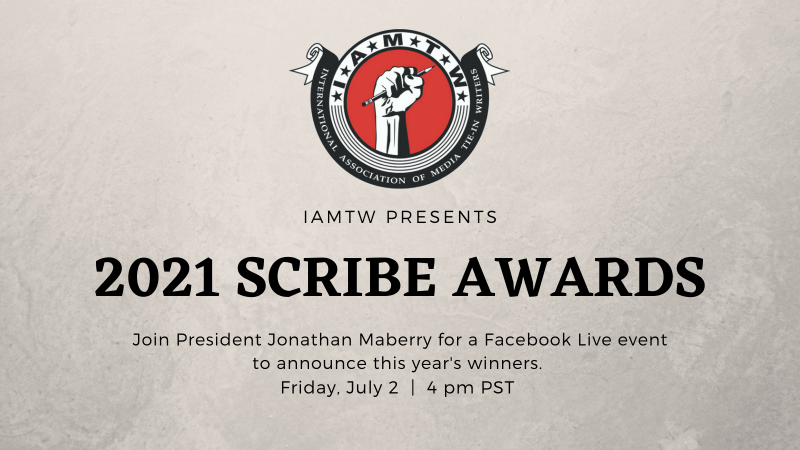 I wanted to invite you to attend the 2021 Scribe Awards ceremony on Friday, July 2nd starting at 4:00 pm PST on Facebook live. The ceremony will be conducted virtually this year using Facebook Live! on the IAMTW Facebook group page, and is hosted by Jonathan Maberry, the president of our organization.

Hope to see you there!

The Zombie Feed Nominated for a Dead Letter Award! Woke up to a nice surprise this morning! The Zombie Feed Volume 1 was nominated for Mail Order Zombie‘s Dead Letter Award!

This collection of zombie stories features several forays into the zombie genre and includes my story “Tomorrow’s Precious Lambs,” which I read last year at OddCon in Madison, Wisconsin.

If you like the collection, I’d appreciate a vote. If not? Well, thank you for considering it anyway and reading my post. Regardless, there’s a ton of other stories to check out so visit the 2011 Dead Letter Award Nominees and feed your brrrrraaaaaaaaaiiiiiiiinnnnnnnnssssssssssss!!!