Winter Got you Down? Things to do in Madison to Cheer You Up! 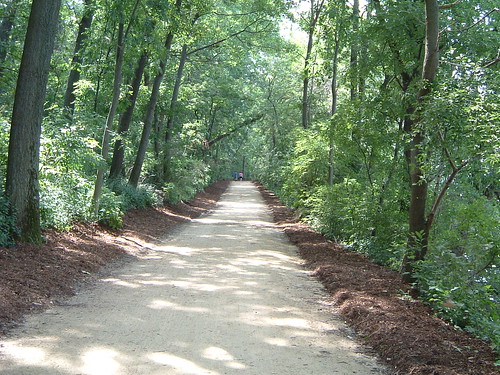 Well, the snow has been really intense this year and as several of my friends have pointed out — it’s been a long winter. Yes, we probably were due for one and with all this cold and wintry weather, the upside is that it has to be great for the farmers. I’m very much looking forward to farmer’s market this year. With snow on the ground, though, it’s really easy to get the winter blahs. I’ve been pretty crabby lately, and I know from reading other people’s blogs it’s pretty much been afflicting everyone. So whether or not you have seasonal affective disorder may be a diagnosis left up to the doctors, but we all could use a bit of cheer when we’re cooped up inside.

Here’s my top 5 list of things to do in Madison to “think spring” and cheer up:

END_OF_DOCUMENT_TOKEN_TO_BE_REPLACED

Make a Real Living as a Freelance Writer

How to Win Top Writing Assignments

Secrets are revealed about what the high-paying magazines really want, how to build relationships with editors, how to ascertain which sections of a magazine are open to freelancers, what kinds of stories are in demand, what to do if a deadbeat publisher doesn’t pay up, how to market reprints, and how to become an expert in one’s chosen writing field.

Written by by Jenna Glatzer (AbsoluteWrite.com)
Published by Nomad Press

Tons of useful information in this book makes it one of my top recommendations. Jenna offers up some great advice that anyone wanting to make a living writing will find useful.

Make a Real Living as a Freelance Writer is available at Amazon.com

The Trouble with Over-Editing

One of the things that has afflicted my fiction writing lately, is that I’ve been editing while I write. I have a series of urban fantasy novels I’m plotting out; the novel series is dubbed, “The Violet War.” The first book, entitled “Traitor’s Masque,” is about the events leading up to a full-scale war between the magic users and the supernatural and mortals. For in my setting, everything is real.

My main character’s name is Sophie Miller, and initially this was going to be a third person POV so think “past-tense” and “narrated.” The narrator was either going to be omniscient (aka “me”) or by one of the creatures guiding Sophie through her actions.

Well, that changed. Again. I felt that the only way to really make this story pop is to tell it in the first person, active voice. You feel what the main character feels which, in this case, is part of the plot.

What my over-editing has done is create a slow start to my writing process; moreso than if I would have just sat down and typed the thing out. It has affected some plot elements, though, so that part was pretty good.

Without having an “actual” editor for my work (since I am considered a novice writer based on the fact that I don’t have a book sitting on the shelves in Borders) I feel that I’m sometimes more concerned with the end product before I finish writing the whole thing. The good thing about recognizing this, for me, is that I am planning a power-writing session this weekend. Go grab some coffee somewhere, put on the headphones, and just…write.

I’m going to be updating my blogroll over the next couple of weeks in order to provide useful areas on the web for writers, readers, and Madisonians to visit. Feel free to email me or post a link in the comments if you have something to share.

Also, I’m accessible on Facebook and LiveJournal. Feel free to stop by my Facebook profile to say “Hi.”

My Flash Fiction on a Horror Podcast Site

This was a great experience for me; the editors were very kind, prompt and professional. This particular piece, as I had mentioned just the other day, was a very successful work of fiction for me.

The writing of this was a bit different because, as an animal lover, I wanted to toy around with how an animal might think, feel or react to an unnatural ritual going on around, in this case, her.

Flames Rising features Pseudopod.org today as well, and I know Matt’s goal is to highlight more authors as they contribute to the horror and dark fantasy genre.