Self-Care and Saying “No” 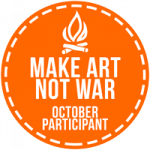 This month’s theme has been SELF-CARE! Today, I want to talk about the word “No.” I feel it’s a powerful word, and it’s one that we feel guilty about using sometimes. A “No” feels negative, because it seems as if we can’t do everything we want to do, be every place at once, and maintain relationships with everyone we want to.

I’ve come to learn the hard way that this is exacerbated by social media, because many friends/peers/family members use the tools in different ways to supplement relationships by sharing really important updates or thoughts about current events. This becomes challenging in a 24-hour news cycle on a normal day, because the likelihood of something else happening is great. What’s more, I’ve seen and been subjected to assumptions that if someone posts a Very Important UpdateTM, both the responses and the lack therein are tracked. I’ve mentioned this before, but a grossly oversimplification of this is the fact the tools operate a lot like a slot machine. You have to “play” (e.g. post) to get a reaction in the form of shares, signal boots, comments, or likes.

[Begin Segue.] I’ve said this before as well, but I feel that we have outgrown the tools because of the way they are being used. So many of us, myself included, utilize our identities on these platforms for various reasons. I am a writer so my name is attached to my work. I can’t change my social media profile names or manipulate the system, because that directly impacts how readers, publishers, etc. find me on those tools. But, getting verified is a sticky widget and subjective. Despite having been a guest at two overseas conventions thus far, a Wikipedia page, etc. Mind you, I don’t like trotting out my credentials, but there is a gender bias. And, after comparing notes with others, I’ve found that to be the case for many white women and women of color I know. Here’s what would solve ALL of our problems with verification and bots: verify anyone who uses their real identity. Then, anyone who doesn’t is possibly fake and suspect. Bam! Done. [End Segue.]

Some people, myself included, are more susceptible to getting sucked in than others. It happens, because there’s a lot of emotion wrapped up in social media. For me, as a writer, words matter. So reading people’s updates, I get a sense of how they’re feeling and what they’re up to. When life is great? I enjoy that exchange. When it’s not? It’s terrifying. At the same time, there are extremely powerful conversations happening that I often miss or catch the tail end of. I instituted a “No Social Media” policy during work hours, and that’s worked so well for my productivity and crushing deadlines I’m going to keep it in place for the time being. But doing that? Taking that step? That’s saying “No.” That feels uncomfortable, especially because of how much interaction happens online due to how many people I know in other cities/states/countries. “No, I can’t right now.” is the best thing for me to do, however. It’s an act of self-care.

I think of the word “No” visually sometimes, too. For every affirmation or “Yes” you commit to, your proverbial well keeps filling up and up and up, until it’s overflowing. The only way to get the water back down to manageable levels, is to take a “Yes” away. Sometimes, that’s what a “No” does. It removes something you don’t need, so you can replace it with something you do. In my case, for example, I knew my manuscripts required a lot of focus, so I decided to say “No” to social media until I met those deadlines and wrangled them. It also means, however, that the time I spend around friends and family will be more valuable, because I’ll be hearing what folks are up to for the first time.

Your mileage will vary, of course. My point here is simply this: you aren’t selfish for saying “No.” Sometimes, that’s exactly what you need to do, in order to grow.