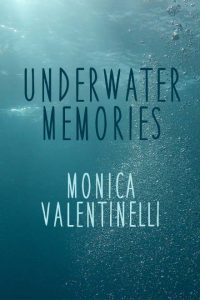 It’s been a while since I’ve submitted a 2020 progress report and I thought I’d change that. (Yes, even during a pandemic.) It’s been the longest couple of months I’ve ever had the displeasure of experiencing due to COVID-19. That aside, I did write and develop some pieces I’m proud to share with you.

In January, I re-mixed a soundtrack to accompany a short, interactive fiction experience. It feels ironic to mention Underwater Memories, because its theme is grief and loss. Had I been in quarantine, I’m not sure I would’ve picked this same subject. I probably would’ve chosen something whimsical instead.

In February, I participated in the promotion of the Hunter: The Vigil Second Edition Kickstarter. I developed this tabletop RPG with an eye toward existing fans who love Hunter as much as I do. We funded quickly and managed to knock off a few stretch goals, too. I’m going through the chapters to add backer names and make cosmetic changes before handing in the final manuscript with art notes.

March was fairly chaotic and includes a long and sordid story about a writing retreat-turned-sitcom. On the first day, the sun shines, the hibiscus blooms, the hawk perches on a branch nearby. By the time I left, I’d fallen ill for a few weeks and was in quarantine (both during that time and when I returned home). ICFA, which I’d planned to attend, was cancelled. Sadly, there is no way to know what I had as testing wasn’t available.

While I was on retreat, Haunting Shadows, a collection of short stories for Wraith: The Oblivion 20th Anniversary Edition debuted. The collection includes my story “Scritch, Scratch” set at the House on the Rock. I also announced I was running for the SFWA Director-At-Large position; I’m pleased to report I did win–thanks to the voting members. I also started teaching online classes through the Rambo Academy for Wayward Writers for game writing and plan to do more. 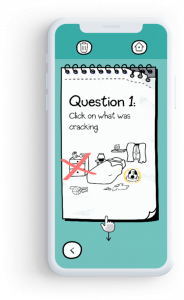 Two interactive fiction stories I wrote for middle grade readers then debuted in April through the Wonder Stories app. You can read “The Case of the Popped Balloons” and “The Case of the Multiplying Bunnies” on your mobile phone. This app was set to debut at SXSW which was also cancelled due to COVID-19. My friend Greg Stolze launched a successful Million Dollar Podmate Kickstarter to fund new podcasts–including one with yours truly.

On a more personal note: I spent the first two weeks of April in strict quarantine and began journalling for our local historical society. I posted about my project availability as well, though I should mention I raised my rates. I’m now safer-at-home and have been spending quite a bit of time rearranging, sorting, etc. to tackle apartment therapy and spring cleaning. I’ve been feeling pretty “meh” lately, if only because there’s been a lot of news–both good and bad–in the past month. The cold spring weather isn’t helping: it’s a damp chill that seeps into your bones.

Looking ahead, I don’t know what the rest of Q2 will bring (other than a lot of writing). Forecasting seems premature. It is an uncertain time and this pandemic-caused turbulence is not exclusive nor personal to me. In the smallest of ways, that detail’s both sobering and comforting. It also means I’m focusing on shorter-term goals (what I can accomplish) to offset the uncertainty. I’ll continue to be conservative in any new announcements as well, because the pitch-to-production cycle has also been disrupted. What will this mean long-term for me? For any of us? I honestly don’t know, but I’m confident we’ll figure that out together.