Announcing a Serial Fiction Release: Diary of an Aspiring Alchemist 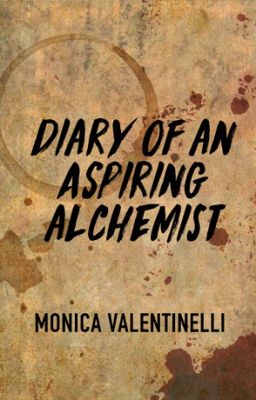 Though I write a lot, I don’t always take time for myself. My stories. The ones I have to write, but don’t know if they’ll sell or not. This year, I made a pledge: I was going to write those stories, because while I don’t know if anyone will read them I also don’t want to wait. I can’t afford to. Not now, not anymore. Not even with insane (and I do have them!) deadlines and responsibilities.

Back in July, I started a journey to tell the story of William Sand. William is a key figure in my modern fantasy novel; he’s a supporting character whose motivation is caused by preceding events. This journal is the story of how William Sand was saved, stumbled, and then fell. This background is hinted at in the novel; his story and connection to the other characters isn’t crucial to the plot, however. I felt it’d be better to separate that narrative out, rather than bog down the novel with these details.

Here’s the rub: Diary of an Aspiring Alchemist is also my first, untouched draft, written in dribs and drabs, and posted for you to read.

I know this story. It’s a tale that I don’t want to write, but it’s been driving me mad. Don’t write it, the story matters only to me, causing me no shortage of frustration. Do write it? See what happens. I also know this is a difficult and challenging story to sell or be marketable, because William Sand is not a hero. Or, at least, I don’t see him that way.

Diary of an Aspiring Alchemist is written as an epistolary, and the entries take place in real time. They were either written shortly before posting or the night before; I made one edit to fix a placeholder for a character’s name. Other than that, this is all William. Raw. Alone. Found. Then very, very lost.

I hope you enjoy Diary of an Aspiring Alchemist. It is the kernel, the seed of what’s to come in a world I’ve wandered in for some time.