An Open Letter to “New” Writers

First? I’d like to congratulate you on your decision to become a writer. Being a writer has never been an easy thing for anyone to do, at any point in history. I’m not talking about technology, I’m talking about writers like the Marquis de Sade or Edgar Allen Poe or even Beatrix Potter. Journalists like Margaret Fuller, Alice Dunnigan, Carl Bernstein and Bob Woodward have challenged the way we think about our world through their reporting. From comic book writers to biographers and everyone in between, the list of writers who’ve influenced our social consciousness goes on and on. 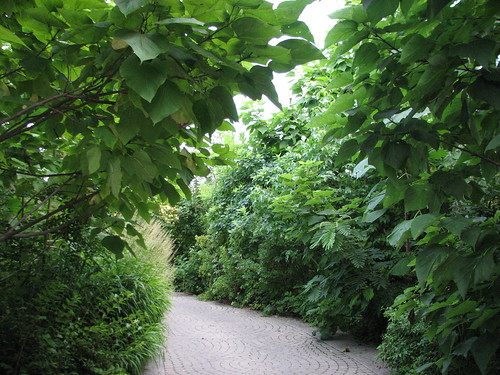 But I’m not writing this letter to talk to you about why writing is “difficult” or why it’s “important.” No, I’m putting these words together for an entirely different reason. You see, the path you take to becoming a successful writer really has three trails that intersect with one another. The first trail is the one that led you to your decision to write — whether that be “just” a short story or a blog post, that’s what started you on the path.

The second trail is very hard to see and is, at times, invisible. It’s the journey that you have to take with your dreams. It’s an ever-shifting mist of visions that you’ll be on the New York Times bestsellers list or ending up on Oprah. This mist-filled trail always appears to be just out of reach, even though you try to grasp the shapes that seem to appear right out of thin air. Where can you find this second trail? Believe it or not, it hovers right above the third one.

The third trail is your journey, the one that you take to achieve your goals as a writer. You must cross oceans, deserts, mountains and green valleys. Sometimes the trail is marked, and it’s really easy to jump over that next puddle. Sometimes you have to blaze your own path.

In all my years as a writer and as a presenter, there’s really one fundamental reason why “new” writers fail. They simply gave up. Why?

Let’s go back to that trails analogy. Remember the second one, where the mist is kind of a distraction? Your dreams are important, because they inspire you. Unfortunately, some new to the craft latch on to those dreams and try to follow them by talking about writing without actually doing it! They’ll talk about how great their novel is, but they haven’t written a word. Then, when an agent or a publisher hasn’t deemed them to be a great writer, they give up. In another example, I’ll often see writers who berate themselves because they are “new” by saying: “I’ll never write like…” or “I can’t make any money doing this…” No one said the path was going to be easy: there are a million and one reasons I can give you not to become a writer, but there are equally as many reasons why you should.

The secret to achieving your dreams has nothing to do with someone else coming down from a cloud in the sky, validating your work as a writer. The secret is not about being positive or having luck, and it certainly isn’t about having blinders on about “how great” you or your work is, either. In order to unlock your dreams, you simply need to be persistent and (at times) a little stubborn.

What does that mean? Well, part of that journey is up to you. I have to get to my own writing now, but I’ll share more about how to make your own luck later this week.

In the meantime, I encourage you to pick up your pen and write.

5 Responses to An Open Letter to “New” Writers