Visit the Underwater Aquarium at the Mall of America 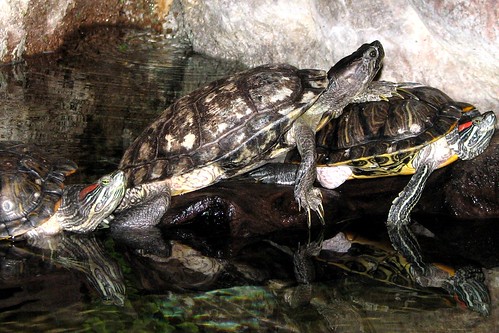 If you’re really tired of the weather and are looking for a great experience, I highly recommend the Underwater Aquarium at the Mall of America in Bloomington, Minnesota. It’s really not that expensive to go, and I feel that you’ll get your money’s worth. I’ve been to the Shedd Aquarium in Chicago, Illinois and the New England Aquarium in Boston, Massachusetts. While each of those aquariums have their own benefits; the Shedd has really great, unique fish (like the glow-in-the-dark tanks), and the New England Aquarium offers whale watching and an innovative display where you can see a cross-section of the sea. I have to say, though, that the Underwater Aquarium is definitely my favorite so far because it gives you something that I haven’t seen anywhere else — up close and personal encounters with sharks, giant stingrays, and giant sea turtles. 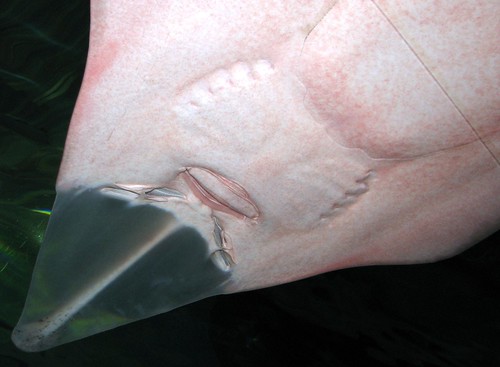 When you walk through the underwater aquarium, you’re stepping into a “cave” of sorts; a protective plastic insulates the animals from the visitors, so if little kids tap on the glass it doesn’t hurt the animals’ hearing. A giant stingray rested right above my head as we went walking through; I actually had to duck down to take the picture of the giant stingray’s belly here. The way the aquarium was constructed, makes you feel as if you’re walking into a part of the ocean, where the turtles are almost as big as you are. 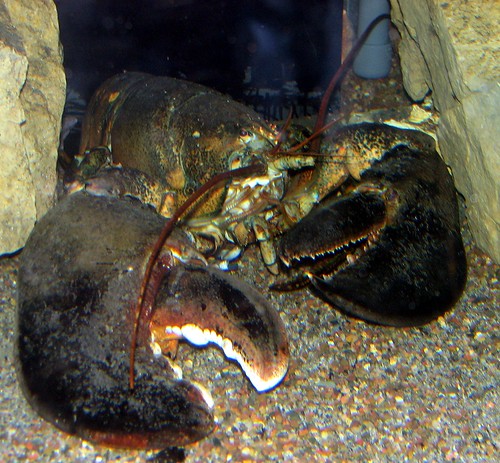 By far, though, the highlight to the trip was a small pool just at the end of the exhibit. Never mind the piranha, the 30-year old lobster, or the coral reefs — in this tiny, round circle a few small sharks and manta rays paddled around while you had the chance to pet them. I’m not that squeamish when it comes to animals, but even I wasn’t sure why you’d want to stick your hand in a pool to pet a manta ray. Well, there was one that made our trip; he had a scar on the side of his face that made it look like he had a permanent smile. This little guy loved to be petted and if someone was being “mean” (i.e. poking him incessantly) he’d swim around the tank, flip up his side and splash the culprit with water. 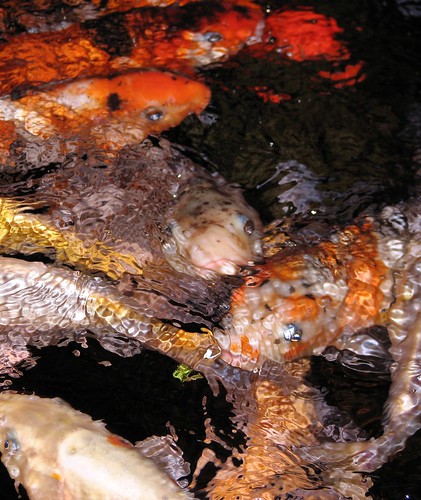 The Underwater Aquarium is pretty well-kept and, as you’d expect from the Mall of America, has just the “tiniest” bit of mass marketing built into it. It’s pretty easy forgive the commercial feel and the fancy gift shop, though, because it’s obvious that whoever came up with this idea truly has a love for all things in the sea.