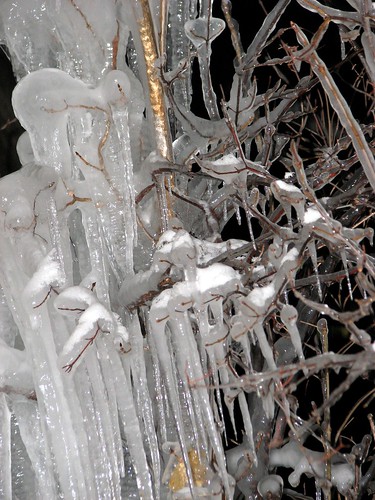 Like many Madisonians I ventured out in the cold, winter night to watch the lunar eclipse and try to take a few pictures with my digital camera. It’s still occurring, up in the sky behind me, but you can get a sense for how cold it was outside by the ice-covered tree you see here. 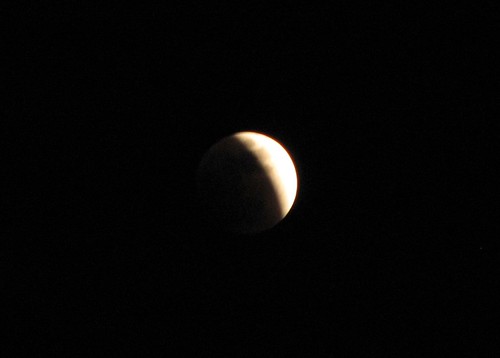 While lunar eclipses are fascinating to watch, I (of course) am intrigued by how different cultures take on a more spiritual outlook to this astronomical event. According to Zodiac Arts for example:

A lunar eclipse is a time of beginnings, endings, exposure and major changes. It always has something to do with “relationships”. The changes are tied to how we relate and will have a lasting impression. Emotions run high, causing upsets and feelings of disorientation. Actions taken often do not have the expected results, but they do bring awareness and enlightenment. The energy of an eclipse is at its strongest during the two days before and three days after its occurrence.

Whether or not you believe in astrology, remember also that several religions worldwide have followed this phenomenon for centuries and continue to incorporate the phases of the moon into their beliefs. Here in the US, lunar eclipses were an integral symbol, part of the “dire” apocalyptic predictions that took place in 1999 and continue through to today.

The next lunar eclipse is a few years away, so I hope you had the chance to get out there and enjoy it!